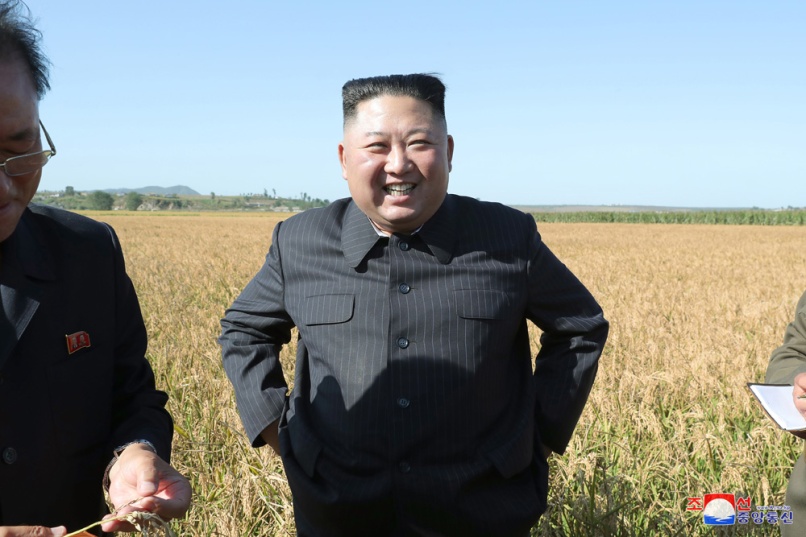 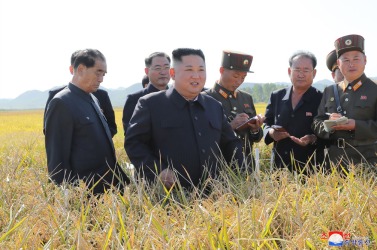 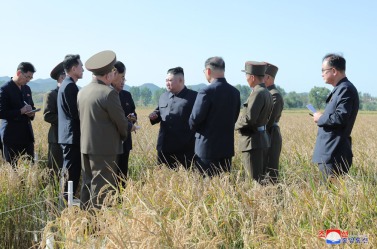 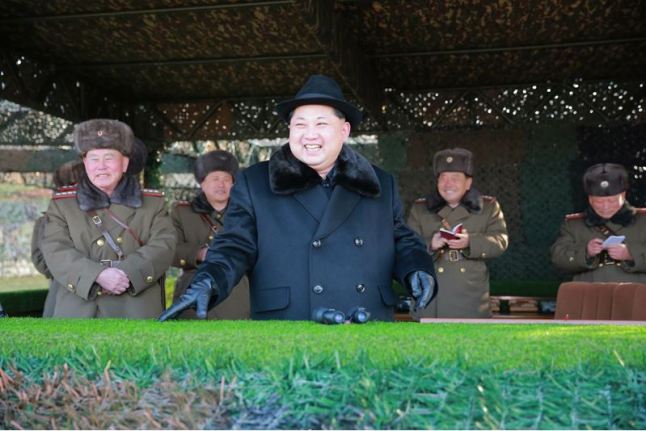 Actual manoeuvres for attack and defence between large combined units of the Korean People’s Army (KPA) were staged in three directions at the same time.

Respected Marshal KIM JONG UN, First Secretary of the Workers’ Party of Korea, First Chairman of the National Defence Commission of the DPRK and Supreme Commander of the Korean People’s Army, guided the manoeuvres at a three-direction forward command post, learning about them in other two directions through a display.

The manoeuvres were aimed to further round off the operational preparedness for reliably defending Pyongyang, the capital of the revolution, from any enemy attack by confirming the offensive and defensive operation capability through a drill for laying and overcoming obstacles between units and taking relevant steps. 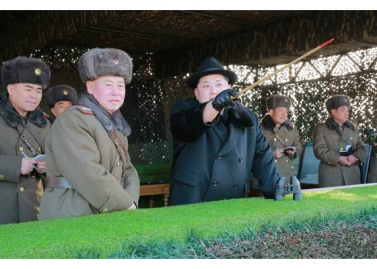 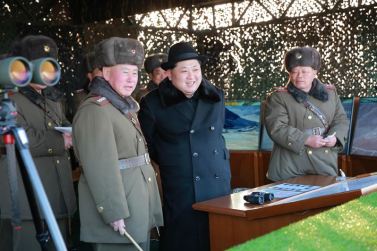 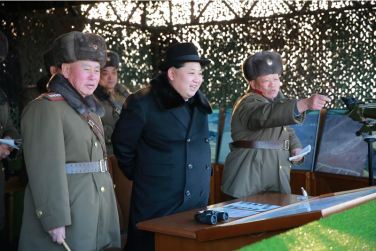 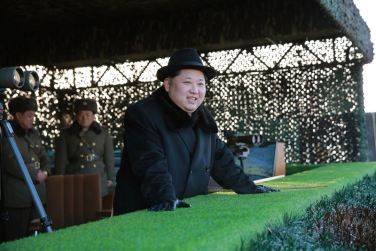 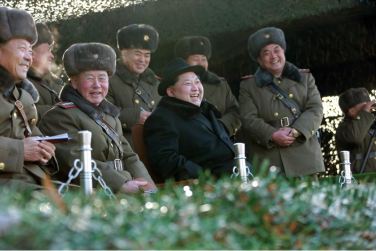 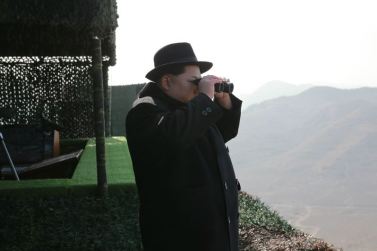 He referred to the merits and demerits of the manoeuvres and advanced important tasks that would serve as guidelines in further strengthening the KPA into ever-victorious revolutionary armed forces by intensifying training the way the anti-Japanese guerrillas did in Mt Paektu.

The manoeuvres proved again that, in order to cope with a fierce, severe and cruel war, it is useless to conduct any drill unrelated to war and unfit for war environment, a drill of formalism, stereotyped pattern and stylish manner, he said, stressing: Commanding personnel and officers of the staff should turn all military trainings into practical and actual drills and practical brain drills with the unshakable Juche-based stand and attitude towards war.

He indicated one by one such principled matters arising in rounding off the combat readiness as enhancing the initiative, independence and creativity of commanding personnel and officers of the staff so that they can skillfully command operations and combats in keeping with the demand and conditions of modern warfare and the characters for carrying out their units’ combat duty, bringing the party political work close to war environment so as to arouse soldiers to victory in combats, enhancing the responsibility and role of training reviewers to ensure drills under battle conditions, giving the same strict review of drills as that of combats, and making preparations in advance to take up a strong defensive position in any lines by making an effective use of natural and geographical conditions of the country.

He expressed belief that all the men and officers of the KPA would perform great merits in defending the socialist country, deeply aware that they should ensure the security of the country and its people’s happiness with arms.

Watching the drill were executive members of the KPA Committee of the Workers’ Party of Korea, engineer commanding officers and instructors of the military academies at all levels. 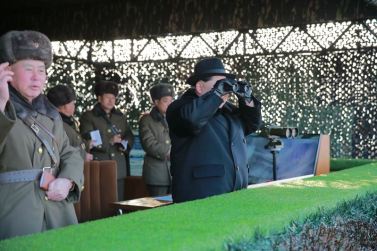 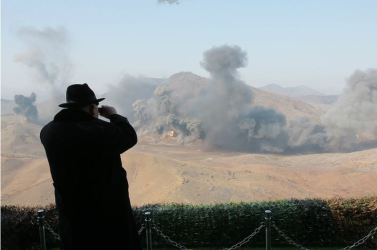 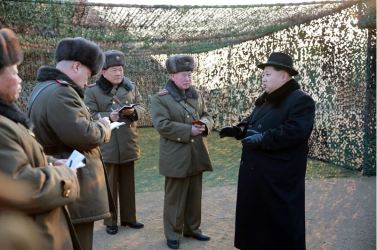 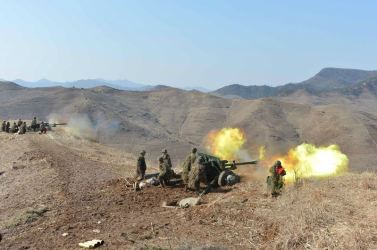 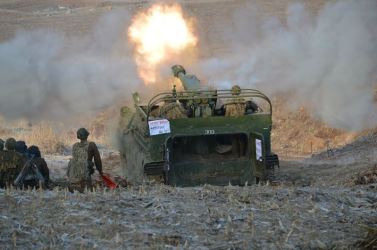 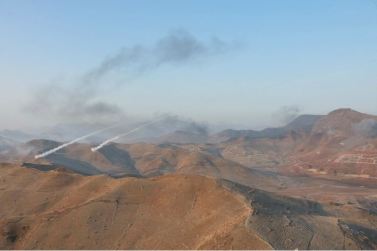 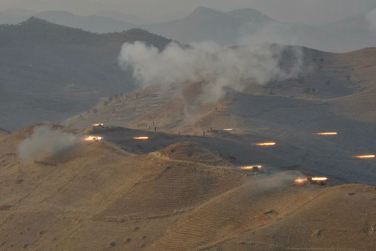 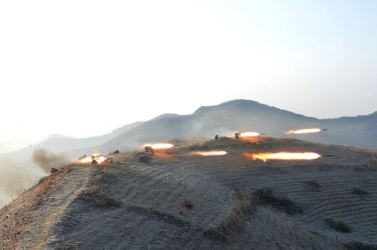 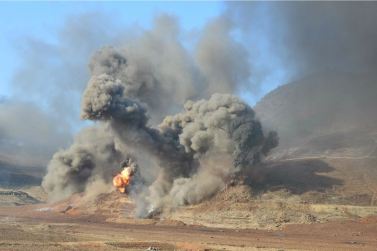 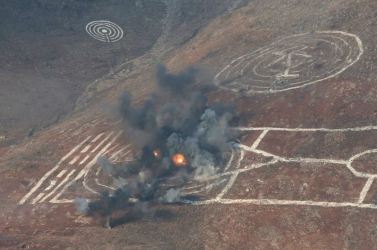 Respected Marshal KIM JONG UN, First Secretary of the Workers’ Party of Korea, First Chairman of the National Defence Commission of the DPRK and Supreme Commander of the Korean People’s Army, inspected a flight drill of fighter pilots of the KPA Air and Anti-Aircraft Force.

He called without notice various types of fighters to a highway-airfield and inspected fighter pilots’ aviation on the spot.

He was greeted by General Choe Yong Ho, commander of the KPA Air and Anti-Aircraft Force, and Colonel General Son Chol Ju, political commissar of a large combined unit.

It is very satisfied to see the pilots steering fighters at their own will and they are good at take-off and landing operations in an unfamiliar and unfavourable highway-airfield, the Supreme Commander said. 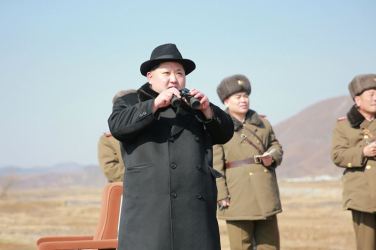 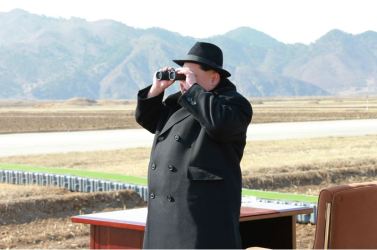 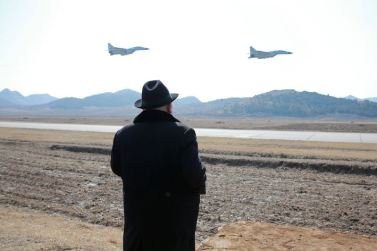 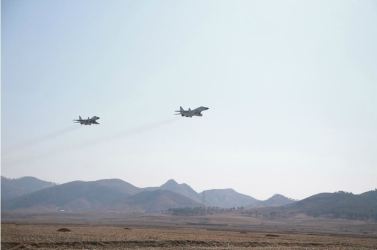 He noted with high appreciation that the drill for inspection was well done under the unexpected situation and the reliable pilots of our Party are ready to make sortie if they are given orders anytime.

As I have stressed whenever I see a drill of fighter pilots, the defence of the country’s territorial air is not tied to the weather and time and a modern warfare is to be conducted in the worst conditions. That is why the pilots should conduct flight drills under battle conditions with a high level of ideological consciousness and thus prepare themselves into competent combat aviators, all-round pilots who are able to creditably discharge their air combat duty in any unfavourable circumstance.

Repeatedly expressing his satisfaction over the successful flight drill, he urged the fighter pilots to intensify the drill with a higher goal and make great successes in rounding off the combat readiness of the air force with the Seventh Congress of the WPK as an occasion. 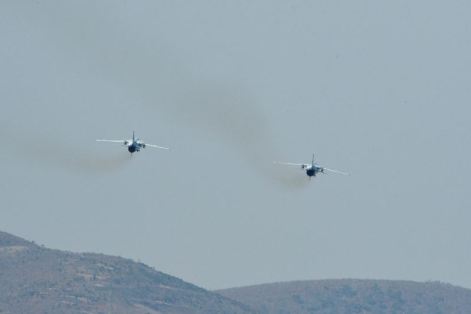